When I was in prison you visited me... 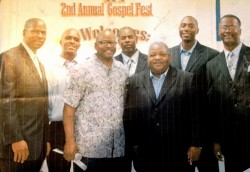 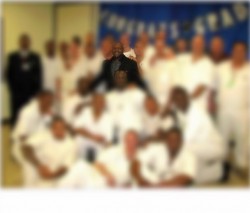 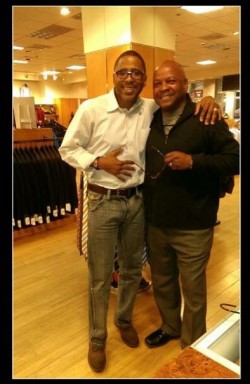 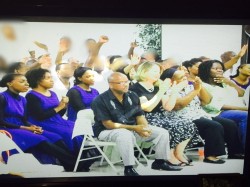 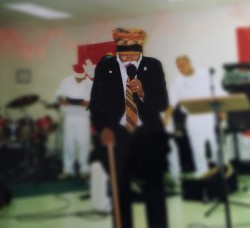 Pastor Dan in Character as Poppa D telling the CHRISTMAS Story to inmates as only Poppa "D" can. 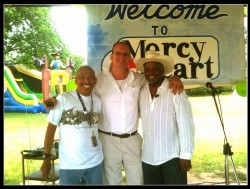 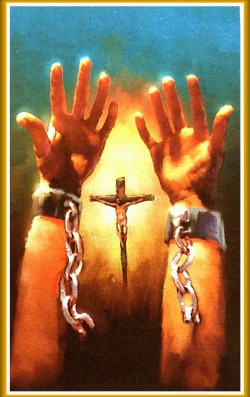 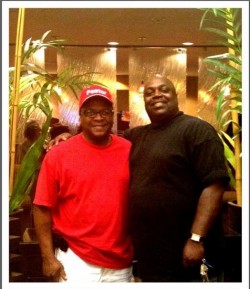 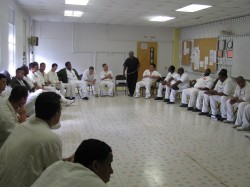 Honored to have been these men's Counselor while they were incarcerated.
Why Minister to Prisoners?


Jesus began His earthly ministry with a bold proclamation of "good news for the poor" and "freedom for the prisoners" (Luke 4:18). He scandalized the religious establishment by sharing meals with notorious sinners, and as He hung on the cross, He promised eternal life to the thief dying at His side.

When ministering to prisoners with the Gospel, we follow a path marked out for us by Christ, who freely offered salvation to whomever would recognize their need. And we acknowledge that throughout history, God has turned those with checkered pasts – Moses the murderer, Jacob the liar, Rahab the prostitute, and Paul the persecutor – into heroes of the faith. Even more, Jesus tells us that whatever we do for the "least of these," including prisoners, we do for Him. Whenever we serve the incarcerated, we meet Jesus.

What the Bible says about Prison Ministry

Luke 23:32-43 (NIV)
Two other men, both criminals, were also led out with him to be executed. When they came to the place called the Skull, they crucified him there, along with the criminals—one on his right, the other on his left.

Jesus said, "Father, forgive them, for they do not know what they are doing." And they divided up his clothes by casting lots.

The people stood watching, and the rulers even sneered at him. They said, "He saved others; let him save himself if he is God’s Messiah, the Chosen One." The soldiers also came up and mocked him. They offered him wine vinegar and said, "If you are the king of the Jews, save yourself." There was a written notice above him, which read: THIS IS THE KING OF THE JEWS.

One of the criminals who hung there hurled insults at him: "Aren’t you the Messiah? Save yourself and us!"

But the other criminal rebuked him. "Don’t you fear God," he said, "since you are under the same sentence? We are punished justly, for we are getting what our deeds  deserve. But this man has done nothing wrong." Then he said, "Jesus, remember me when you come into your kingdom."

Jesus answered him, "Truly I tell you, today you will be with me in paradise."

Matthew 25: 34 – 40 (NKJV)
"Then the King will say to those on His right hand, Come, you blessed of My Father, inherit the kingdom prepared for you from the foundation of the world: for I was hungry and you gave Me food; I was thirsty and you gave Me drink; I was a stranger and you took Me in; I was naked and you clothed Me; I was sick and you visited Me; I was in prison and you came to Me. Then the righteous will answer Him, saying, Lord, when did we see You hungry and feed You, or thirsty and give You drink? When did we see You a stranger and take You in, or naked and clothe You? Or when did we see You sick, or in prison, and come to You? And the King will answer and say to them, Assuredly, I say to you, inasmuch as you did it to one of the least of these My brethren, you did it to Me."

Psalm 69:33 (ESV)
For the Lord hears the needy and does not despise his own people who are prisoners.

Psalm 146:7 (ESV)
Who executes justice for the oppressed, who gives food to the hungry. The Lord sets the prisoners free;

Isaiah 61:1 (ESV)
The Spirit of the Lord God is upon me, because the Lord has anointed me to bring good news to the poor; he has sent me to bind up the brokenhearted, to proclaim liberty to the captives, and the opening of the prison to those who are bound;

Psalm 102:18-21 (ESV)
"Let this be recorded for a generation to come, so that a people yet to be created may praise the LORD: that he looked down from his holy height; from heaven the LORD looked at the earth, to hear the groans of the prisoners, to set free those who were doomed to die, that they may declare in Zion the name of the LORD, and in Jerusalem his praise."

Psalm 79:11 (ESV)
Let the groans of the prisoners come before you; according to your great power, preserve those doomed to die!

Luke 4:18 (NIV)
"The Spirit of the Lord is on me, because he has anointed me to proclaim good news to the poor. He has sent me to proclaim freedom for the prisoners and recovery of sight for the blind, to set the oppressed free,"

Isaiah 42:7 (ESV)
To open the eyes that are blind, to bring out the prisoners from the dungeon, from the prison those who sit in darkness.

YOU MAKE THE DIFFERENCE

Made on my iPhone